An interest rate swap is the contract agreed between the two parties for the exchange of one stream of interest payments for another stream. Typically one stream of payments will be fixed rate (e.g. 5%) and the other stream will be ‘floating’ which will reset at regular intervals (such as 3 months) against a benchmark interest rate index (such as Libor or the prime rate). For example a corporation that borrowed $ 200m from a commercial bank for 10 years at an interest rate of Prime + 2.5% that resets every 6 months against the market Prime rate at that time. Banks will normally give loans at a floating interest rate but companies typically prefer to pay a fixed rate of interest since this makes their long term financial planning easier. After having borrowed the funds, the company could separately enter into an interest rate swap agreement with another party (which is normally an investment bank). The terms of this swap agreement could be for the company to pay the market Prime rate every 6 months in return for a payment of 4%. The end result of the loan plus interest rate swap is that the company would have a borrowing cost of 6.5% since the corporation pays the commercial bank Prime + 2.5% and in addition pays the investment bank 4% under the interest rate swap agreement but in return receives the Prime rate which will net against its Prime rate payment to commercial bank. 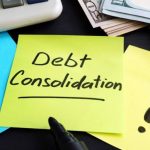 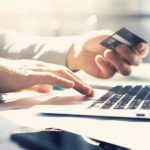